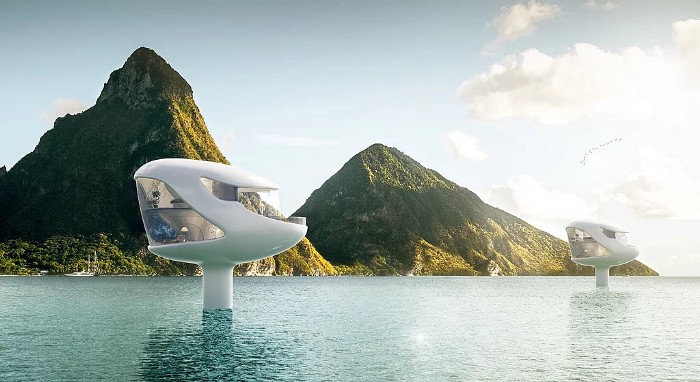 Wow. I’m finally here. I sailed across the Pacific, to the Atlantic. I spent time with family, reorganised my my baggage — yes the fun part about being nomadic — and took an opportunity that proved I can do anything I put my mind to. I needed to recharge this side of myself as I continued to embark upon the next part of this journey.

I headed south, the most south I’ve ever been before. I reached the Pacific, the canal. It was stopped. The boats stationary, waiting in the night for the passage. The older part of the city, Casco Viejo, I wandered by foot and explored the art, the history and nature. I experienced the luxuries of the area including fine dining on rooftop terraces making new friends over delicious libations. Yes, they have mezcal — con piña y maracuya — so I’m in heaven.

After a good night’s rest, I awoke to the day of I would head to the marina. I fueled myself on local pastries and a driver took me on my way. It was ‘lejos’ or far, as he said — a 2 hour drive. Then I arrived. Yes, I was at the destination I connected with halfway around the world while sitting in a theatre in Melbourne.

That particular day I was avoiding the office area and wanted to work in the larger open area seated on a purple extra large ottoman and a silver café table — one that matched the one that I had when I was in high school. I had worked so hard for that table and waited for it to be on sale. It joined me in San Diego where I went to college.

Something told me to look up this particular post. So I followed my instincts and reconnected with it.

Seated at that tale, I found an Instagram post I had saved, in the mix of other images I saved for a vision board. Something told me to look up this particular post. So I followed my insticts and reconnected with it. The feed fed me in a way I hadn’t felt in some time. It was as if prince charming had walked into the room as I was mopping the floors. I was guided to the incubator link — they were looking for people to join the team … and interior design was a topic! I jumped for joy and applied instantly. The information flowing out of my fingers into the digital world.

Two days later I received an email from the CEO inviting me to a Zoom call. I booked a call for the next day and a few days later I prepared a presentation of my proposed ideas. Soon enough I was invited to join the team in Panama in the incubator house. It was time to leave Australia.

Friends know how fast I can move, though this time I was moving at my own pace, still fast (I am a New Yorker at heart) but also taking time to enjoy and savor the moment. Just under 3 months later I was here, at Linton Bay Marina — home of the SeaPod.