Footage From Our Early SeaPod Prototype 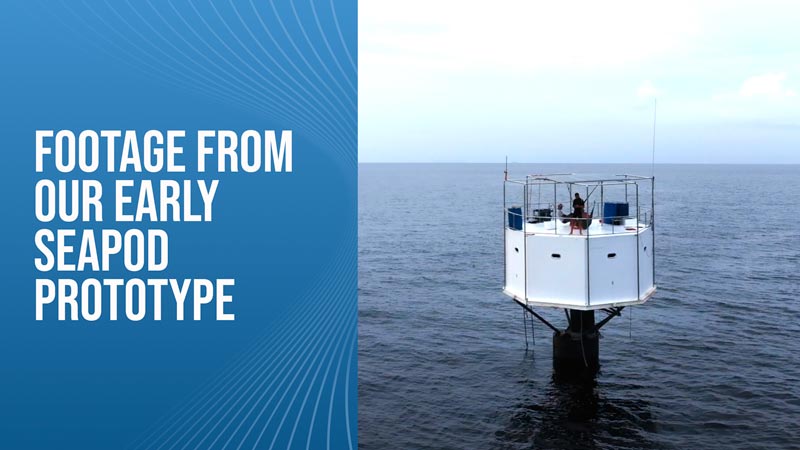 Footage From Our Early SeaPod Prototype

It was a successful test and proved that our idea could become a reality. Our testing in Thailand showed that we did in fact have a strong platform to build on, but the seas would not be so smooth in the near future.

While we were ecstatic with our tests in Thailand, the Thai Navy was not impressed. The prototype was successfully occupied by two people for several weeks in early 2019 before the Thai Navy decided that they didn’t like the idea of people living freely at sea.

They claimed that the floating home was a danger to the shipping lanes even though it was properly marked and had a beacon that would tell any vessel with navigation of its location. And they claimed that the occupants endangered national sovereignty and thus the prototype had to be abandoned before they were arrested.

The Thai Navy took possession of the first prototype and the second prototype, which was slated to be built later that year, was scrapped as it was obvious that Thailand would not be an option for further testing right now.

Be on the lookout for our book about this situation which should be coming out in 2022. In the meantime, if you want to read more about this situation, a Google search for “Seastead Thailand” will give you hundreds of media reports about the events that surrounded the first prototype for the SeaPod.