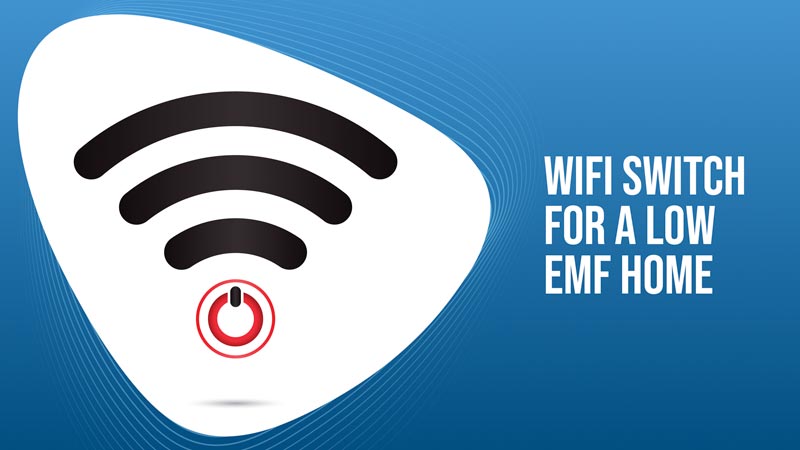 One of the byproducts of having a smart home with so many wireless devices is the presence of Electro-Magnetic Fields, better known as EMFs. Although you can’t see EMFs with your eyes, they practically surround us in the modern world and we wanted to have a way to limit your exposure while living in the SeaPod.

EMFs are also commonly known as radiation and while radiation typically carries a negative connotation, not all EMFs or radiation waves are critically dangerous. That being said, some people may have different levels of sensitivity to EMFs and others may want to limit their exposure as a precaution.

One of the common sources of EMFs within a home is WiFi routers. As you can see in the video below, Omer is demonstrating the radiation levels near the router while the WiFi is on and they read over 100 on the meter. Using a button in the home automation app, he turns the SeaPod WiFi off and the EMF levels drop to a safe level. We are utilizing an automatic WiFi Switch that will be the link that turns the WiFi on or off.

You may be wondering how the smart home features will work and how the WiFi will be turned back on if the tablet can not connect to it while it’s off. We designed the tablets with this in mind and they will feature a wired ethernet connection to keep them tied into the home automation system. Since ethernet does not transmit wirelessly, the EMFs involved with it are considerably lower.

The main use case that we see for this is to turn off the wifi at night while you are sleeping. Since you won’t be using your wireless devices during the night, they don’t need to stay connected the entire time so turning off the WiFi like this when it is not needed is an easy solution for those who want to limit their EMF exposure.

We are using similar technology for the wireless chargers in the SeaPod so that when they are not in use, they can simply be turned off to limit the output of EMFs. There are so many health benefits of living on the water and we don’t want to negate those by over-exposing sea-dwellers to EMF radiation. Keeping you safe while you live in a SeaPod is one of our biggest priorities so we are constantly finding innovative ways to make that happen.