Diving At The Original Prototype 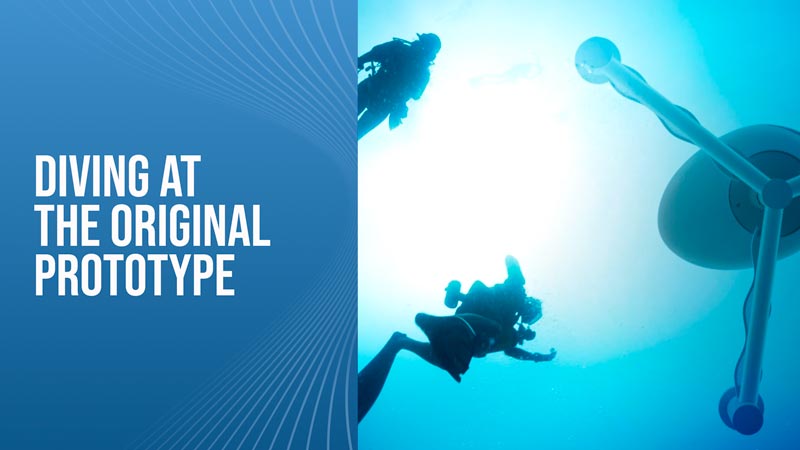 Diving At The Original Prototype

While the ocean is full of life, most of it is concentrated near the shorelines and in shallower water. Much of the underwater world is somewhat of a vast desert with only the occasional school of fish or turtle passing by. This isn’t a bad thing, it’s just the way that our oceans are.

As you can see in the video of us diving at the original SeaPod prototype offshore in Thailand, there is bustling sea life all around the spar of the SeaPod. About 10 miles off the coast of Thailand, this area was fairly empty when we installed the prototype.

This video was taken about two months after it was installed and you can see how much activity there is in the area. As you can see, it became a habitat for life, it became a place where the sea life was thriving. From the thousands and thousands of fish swimming around to the barnacles growing on the structure and everything in between, this became a habitat and brought the sea life to a place that previously did not have much.

This is the byproduct of building our steel structure in the ocean. Steel is a material that naturally attracts animals like barnacles and fish. The same effect will happen with every SeaPod. The structure of the SeaPod itself will naturally create a flourishing habitat for sea life and attract animals of all kinds to live near your home. We are also developing habitats that we can add to the ocean under your SeaPod that will promote coral growth and make your underwater community even larger and more active.

We have another video here which is a concept of what it will look like to snorkel or dive under your SeaPod. This example shows the tripod model with the three side spars. After only a few months in the water, the same effect that we saw with the prototype in Thailand will happen here.

Check back soon for more updates!