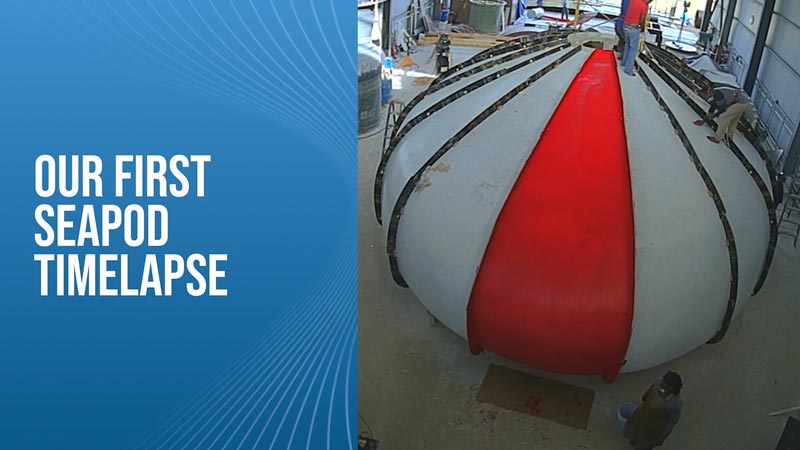 We felt that documenting the monumental work that we have been doing here at Ocean Builders was very important. In conjunction with these blog posts and videos that we have been making, we also set up a timelapse camera to make a hands-off video showing some of our progress.

The first project that we are using this timelapse camera for was to record the work on our master molds for the top shell of the SeaPod. The process took about seven weeks in total and we were able to capture the first five weeks with this camera that took a photo every minute during the process.

Unfortunately, we were not able to capture the last two weeks of the process because the camera’s battery unexpectedly died. We checked the battery and it had plenty of charge to last until the work was done but for some reason, it ran out before the end.

Nevertheless, we still captured plenty of footage that we will be able to share on our blog. The attached video is only about 12 hours of work, we have about five weeks in total so we have quite a bit of content from this part of the process.

We also plan on making a short film to document all of the different parts and pieces that have gone into bringing the SeaPod to life. It is hard to capture a lot of the behind-the-scenes work from all of the engineers, fiberglass experts, electrical experts, programmers, designers, and so many more people from all around the world.

We can capture the work that is going on at the factory so we hope to create this “making-of” video to show the start-to-finish process of building the SeaPod. This timelapse, and all of the timelapses that we create in the future will help to show those longer processes that are hard to film with regular videos. We look forward to using these tools to bring you more content in the future!