R&D – Can we build a Bulletproof SeaPod? 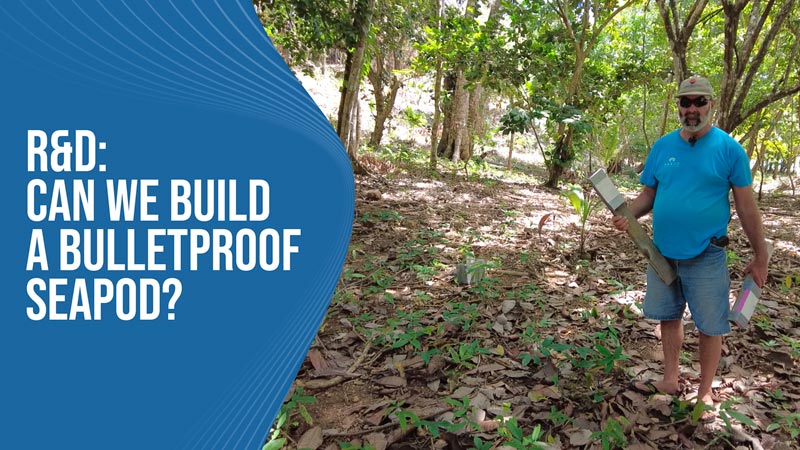 R&D – Can we build a Bulletproof SeaPod?

We had the idea to see if it was possible to make a bulletproof Pod with exterior walls that are capable of stopping a bullet or other projectiles. Our plan was to substitute the sheets of fiberglass fabric that we typically use in our Pods for sheets of kevlar fabric. The construction process is basically the same concept so we made a section with our normal method and a matching piece using the kevlar.

We mounted each piece on a piece of steel with a section of foam that is similar to what the SeaPod will have added between the steel and the section to help show what is happening to the bullet after or if it breaks through the exterior shell. You can’t call something bulletproof unless you test it so we took our targets out to a safe island where we could test their strength against a bullet.

We fired a single 9mm bullet at each of these sections from a distance of about two meters. 9mm is a relatively slow round that doesn’t have as much energy behind it as something like a .45 ACP, .223, or .308 round. 9mm is a very common round all around the world so we felt that it was a good choice for the first test since it is common and also doesn’t pack the biggest punch.

Rüdiger did the honors of testing the strength of these two pieces using his Glock 26 pistol. He started with the 7-layer fiberglass piece. The bullet entered through the surface and stayed inside the foam. The 9mm bullets that we used were jacketed so it stayed relatively intact going through the material and then carried enough energy to flatten itself on the steel backing.

Next, we moved to the kevlar piece and fired an identical bullet from the same distance. The entry hole on the kevlar was clean so this means that the bullet maintained its shape until it hit the steel and flattened itself, similar to the fiberglass version. Both of these had the potential to be fatal so as far as a bulletproof SeaPod goes, it’s back to the drawing board for now.

While the kevlar version hadn’t stopped the bullet like we had hoped, we don’t consider anything that we can learn from and improve on a failure, it’s merely a bump in the road. This idea is totally supplemental to the normal SeaPod design so it’s just something extra that we are working on and won’t slow the production process of the actual Pods. Hopefully, we will be able to revisit this again and deliver some different results in the near future!