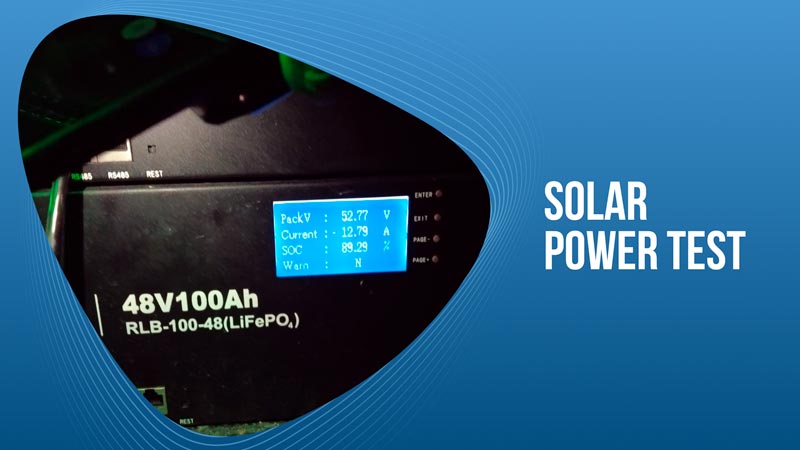 Grant may not be much of a cook but he is a master reheater! So he put his skills to use on the SeaPod Eco to use the stove to warm up some food as a test of the batteries which were charged completely by solar power.

Up until now, the SeaPod has been tied into shore power from the marina so we weren’t fully utilizing the solar panels. As of today, we are generating our own power using the solar array and using that power to charge the house batteries which supply electricity to the entire home.

Battery power has limits so using energy conservatively and responsibly is important when living in a SeaPod. While some mindfulness is important, it doesn’t mean that you have to inconvenience your life to save power, actually, it’s quite the opposite.

So now that we are on battery power, we have to test the capacity and usage of every aspect of the home. For this test, Grant is using the induction stove from Miele – our appliance partner. The stove actually uses quite a bit of power so it is a great option to give the batteries a test drive.

Having the stove on for just a few minutes drained the batteries by around 1%. Now, that may seem like a lot for the time that the stove was on but that is 1% of two batteries. The full-production SeaPods will have up to 10 batteries so if we translate this usage to a 10-battery setup, it would have used just 0.2% of the power. This is a much better number and a great sign!

The SeaPod will be completely disconnected from the electrical grid so we want to make sure that the batteries have the capacity to run the house comfortably and that the solar panels have the capacity to keep the batteries charged up. The great thing about having a SeaPod in a place like Panama is that there is no shortage of sun to keep things charged up.

After this first test, we had some electrical issues where the system was resetting itself and cycling the power every 5-10 minutes. This created a little bit of havoc since we weren’t able to get a consistent power supply from the batteries. We reconnected to shore power for the night and reconfigured some of the setup and programming for the system and everything worked perfectly after that. It was a great learning experience and we believe that we have worked out the bugs!

We will keep testing the different appliances in the home to make sure that the battery consumption is within comfortable limits so that you can live a normal life on the water but first, it’s time for Grant to eat!