Ups and Downs Along the Road 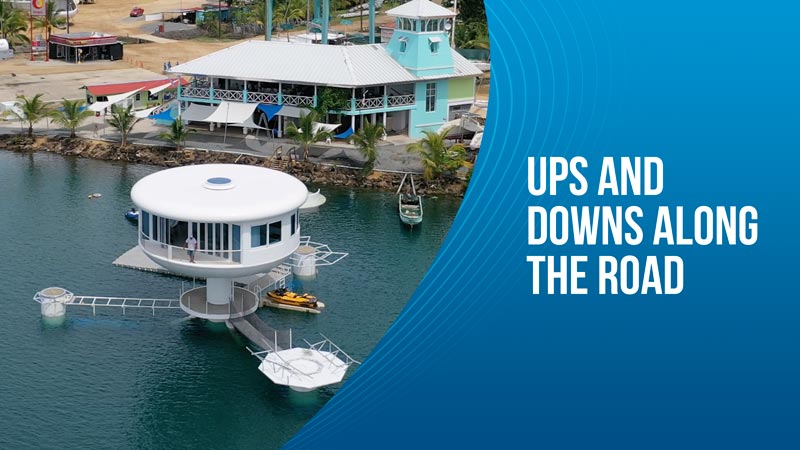 Ups and Downs Along the Road

Picture this, you and your team of hard-working people united by their passion for a shared vision organize a million-dollar grand opening event. A two-day event, ripe with sciences, engineering, and lots of technology. Day One — a smashing success — we hosted over 300 people from all over the world, in the renowned Panama City. Day Two — another success — another 300+ people who were the first-ever to experience the inaugural SeaPod in action.

A lot can go wrong in those types of events, with those high stakes, fueled with technology that when it works is a blessing but when it does not can be a challenge.

It seemed we were in the clear. 4pm had passed, and the Day Two event was over. But good ol’ Phoenix (name of our inaugural SeaPod) said otherwise.

At roughly 4:35pm on Thursday Sept 22nd, our SeaPod experienced a ballast tank and pumping system malfunction which caused flooding in the jacuzzi spar. This flooding quickly passed through to the other spars causing what we’re referring to as “The Tilt.”

It’s critical to mention that not a single person was injured, no one even got their feet wet, the SeaPod itself has some minor cosmetic touchups that need to be done, there was absolutely zero contamination to the marine environment since our homes are eco-friendly. We are extremely grateful for this because safety is our top priority.

A full report from a third-party engineering firm will be released on this technical malfunction of one of the three ballast tank pumps, and we will be releasing this report publicly. We hope to have this report within two weeks. 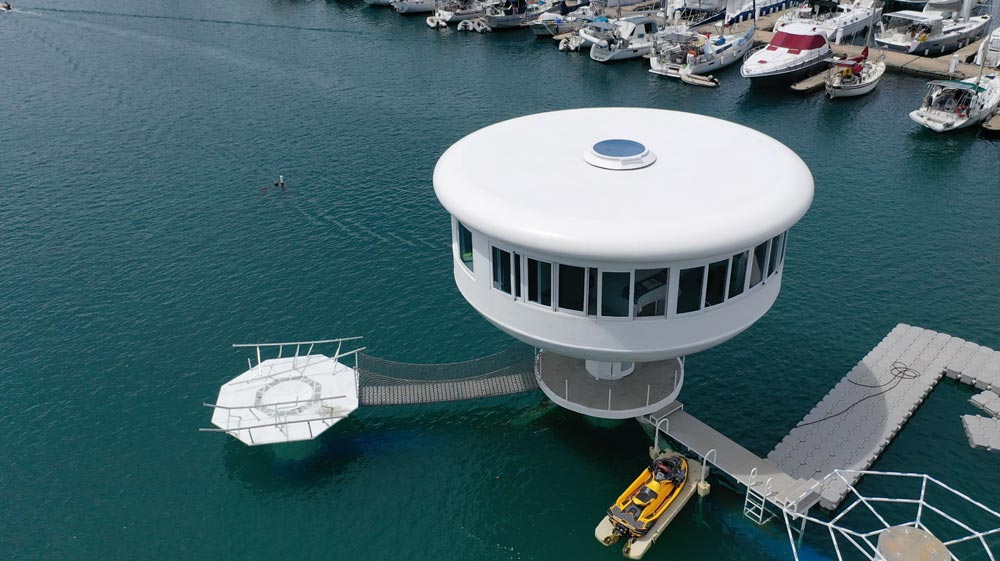 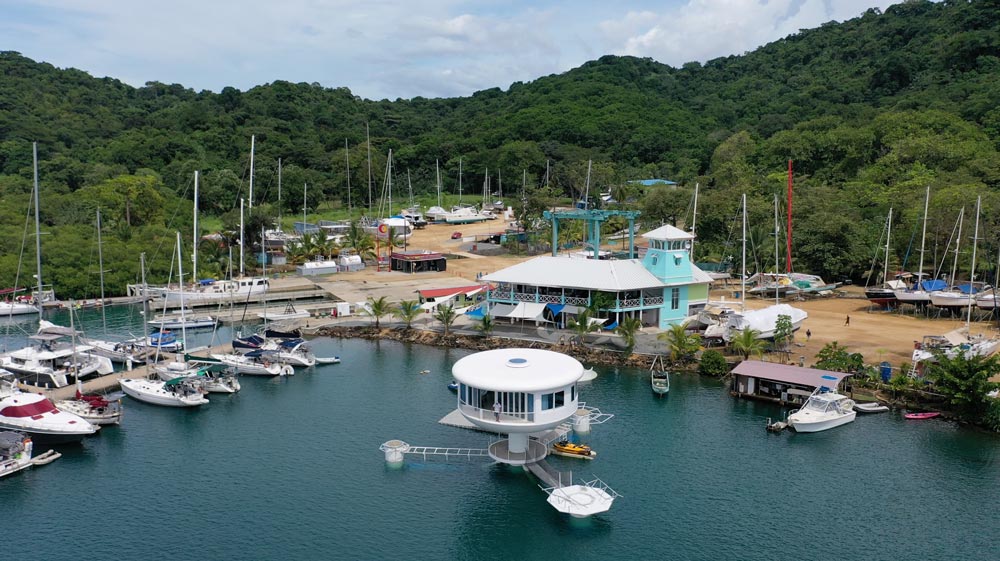 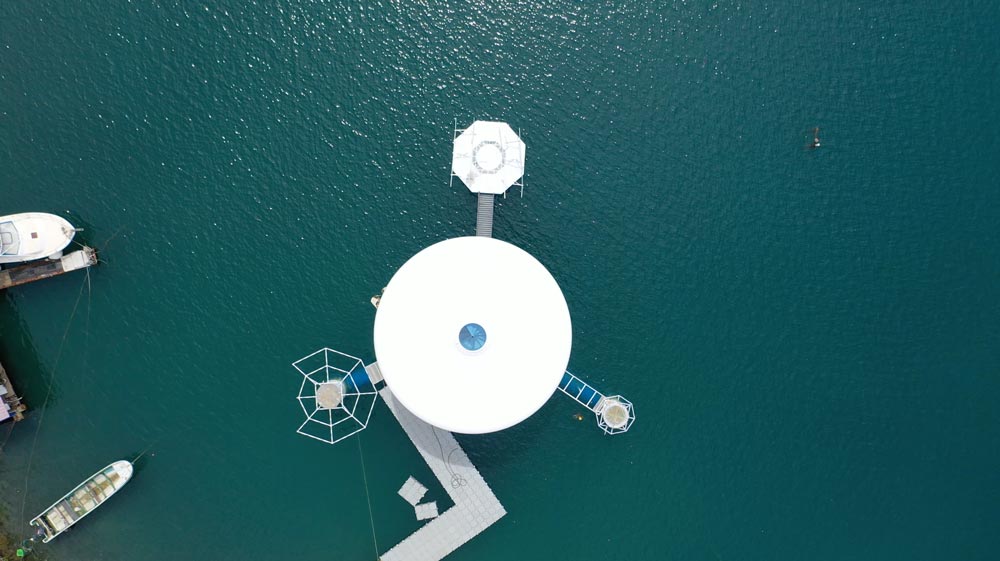 Setting up Tenting for The Grand Opening Event

First Day of Factory Cleanup for The Grand Opening