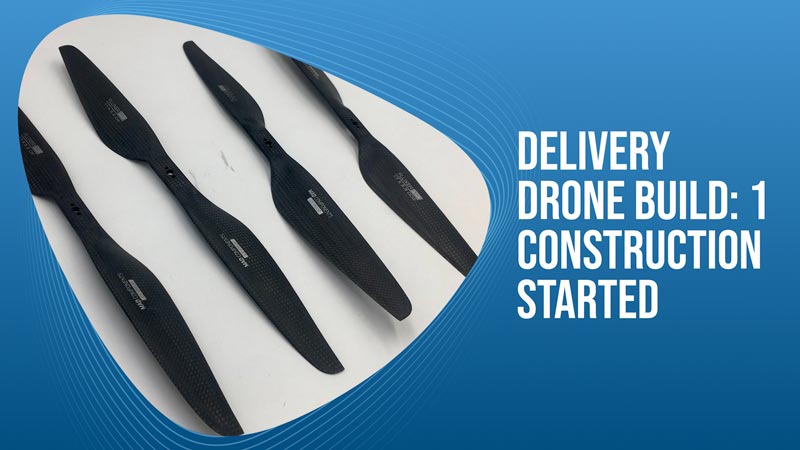 One of our goals for the SeaPod, EcoPod, and GreenPod was to have a system in place where we can make deliveries to and from the home in a quick, safe, and convenient manner. We determined that the best way to make that happen was with an aerial delivery drone that can fly from a home base in the marina out to the home and back, completely autonomous and unmanned.

This is a very specific use case and that means that we need a very specific drone that can travel the distances, carry the weight, and do so safely and reliably. There are a few commercial companies that are making things like this but after a few years of research and communication, we couldn’t find the right company that would be a good fit so we determined that our best bet was to build our own drones that are built exactly to the specs that we need.

We are going to build everything from scratch from the actual aircraft to the cargo pickup/dropoff mechanism, to the software that will integrate with the hardware and also into the Home Automation App to make ordering a pizza or burger simple and convenient. Everything will be integrated so that at the push of a button, you can make your order and have it brought directly to your home.

We had a timeframe estimate from a company that said it would take about 3-4 months to reach a certain point in the build process and by doing it ourselves, we were able to reach that point and do most of what they were going to do for us in-house. We were able to build it for a fraction of the cost that we were quoted and in the end, the product will be better because it is directly built by Ocean Builders and integrated into our software from the very start.

Here we have the first pictures of the progress of the drone build. It is a hexacopter meaning that it has six propellers. The six carbon fiber propellers will generate more than enough lift to carry the payload with ease. The frame and arms are built out of carbon fiber so that the airframe will be light but incredibly strong.

We went with a hexacopter instead of the more common quadcopter because a hexacopter gives us a failsafe. If one of the propellers or motors malfunctions while in the air, the opposite propeller will also shut down so that it will effectively turn into a quadcopter and still be able to safely deliver the payload. A single propeller failure on a quadcopter would mean an instant crash into the ocean and we definitely don’t want that.

The landing gear has a foam material that will help with shock absorption so that we can have a gentle landing on the landing pad every time. This will also help reduce stress on the airframe since it will have a little bit of cushion when landing.

We are very happy with how this project is coming along and before long, we hope that we will have it in the sky. We have some more updates about this delivery drone project in the pipeline so stay tuned for more as we take Ocean Builders into the sky!