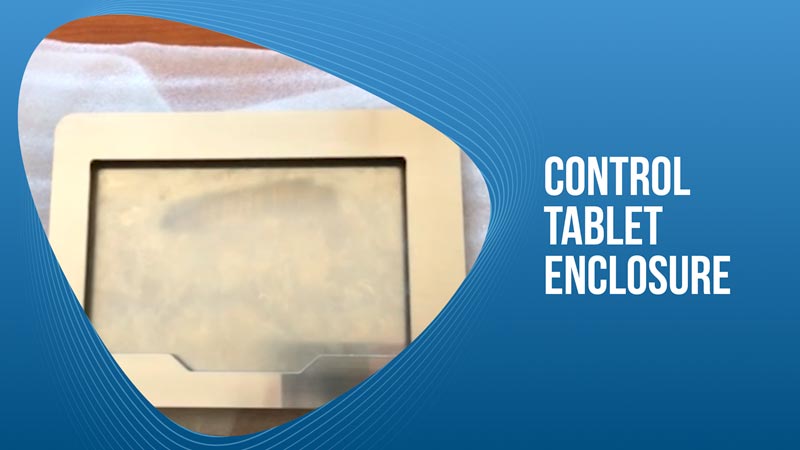 Our homes are packed to the gills with technology and home automation features, but we don’t have things like light switches since everything is controlled through the home automation app.

Since everything goes through the home automation system, it can all be controlled from your smartphone but we also wanted to have hard-wired control tablets conveniently placed throughout the home. We will have these tablets mounted on the wall in different areas so that you are never too far away from a control tablet.

We built these aluminum enclosures that will be used as a frame to hold the tablet and hide the wires. We still haven’t settled on the final finishing but we are going to do some tests with paint and anodized finishes to see which one meets our standards.

This tablet system will be hardwired for power and ethernet so that the home can be operated without internet. Those who are concerned about EMFs can simply turn off the WiFi and still use the home since everything operates through a wired connection to the brain computer. Another benefit of the tablet system is that we can simply swap out a tablet if one breaks or develops a problem. We just have to unplug it and plug in the new one.

These tablets will be like a Swiss Army Knife in the sense that they will be flexible and have plenty of uses. They will bring a little bit of convenience and simplicity to a smart home that may be intimidating to some. We have designed everything with the user in mind so we are sure that everyone will be able to learn the ropes in no time!